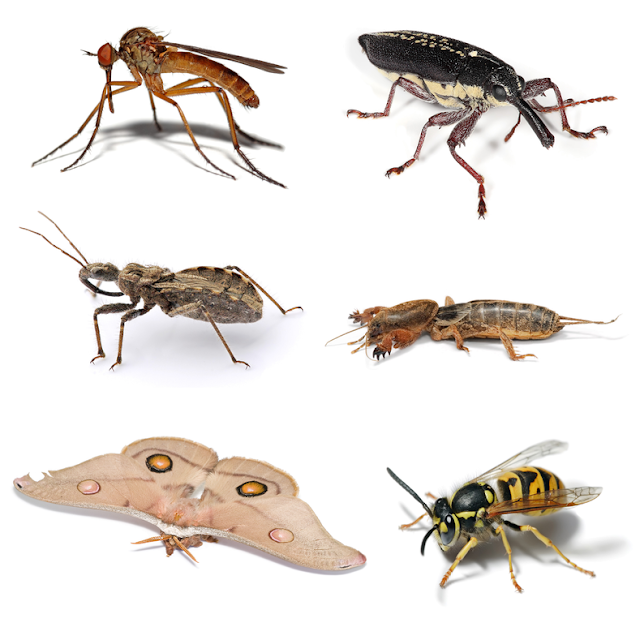 What if the insects are extinct?

Apart from the disgust and discomfort that insects may cause us from time to time, some species pose serious threats to human life. Insects are the primary source of deadly viral and bacterial diseases such as yellow fever, dengue, malaria, and others, which affect millions of people every year and kill thousands. It is also the main cause of the destruction of various crops. An estimated 300 billion riyals of annual crop damage is caused by insect damage. Farmers around the world consume nearly two million tons of chemical pesticides each year in an effort to overcome this problem, which could have serious consequences for crops and our health as well.
So it seems at first glance that the disappearance of insects will save us a lot of trouble and protect us from many pests. But let us take a closer look at this idea, what are the negative effects that will result from the disappearance of insects from our lives?
Organisms feed on each other according to what is known as the food chain. This series is critical for the stability of life on Earth. An imbalance could mean a complete collapse of the entire food system. Plants, for example, produce energy and food by absorbing and interacting with sunlight, while insects feed on plants and benefit from the energy inherent in their leaves, while many species of lizards and birds rely on insects in their food, so we can say that insects represent a link Between different types and orders of living things. Their disappearance therefore puts many organisms at risk of extinction
The vast majority of plants depend on organisms shared by the environment for their reproduction by using them as a means of transporting pollen from one flower to another. But the most efficient organisms to transport pollen granules are insects, especially bees, bedding, beetles, and wasps. If the insects disappear, it means that the pollination process of the flowering plants is completely disrupted, and therefore the extinction of their species. All the fruits and vegetables that we consume permanently depend on pollination on one or two species of these insects, or 50% to 90% of our daily diet. Their extinction will cause not only our extinction as humans, but the extinction of all animals that feed on these crops.
The insect of extinction is not entirely fictional. Many of our rational use of harmful chemical pesticides today, and a slow reduction of harmful carbon emissions, could soon overshadow insects, and thus the future of human life. So the question we have to look for is, “What can we do to keep the insects from extinction?”

One reply on “What if the insects are extinct?”