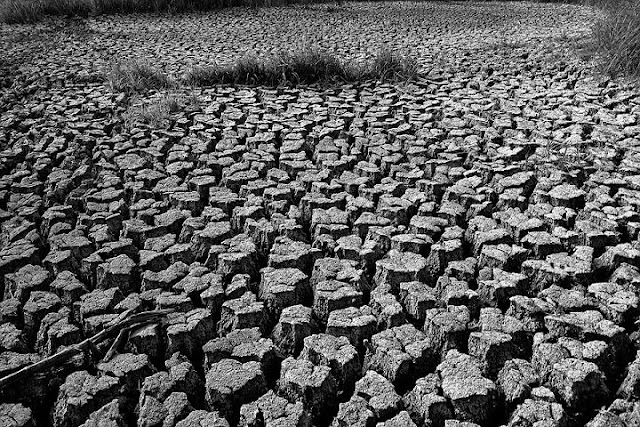 Water is defined as one of the renewable natural resources of the planet, one of the basic elements on Earth, and one of the most important things that makes it unique as a chemical compound is its stability; the amount of water present on Earth is the same amount of water that has been since the creation of God. Water occupies 70.9% of the Earth’s surface area.
What if the water disappears? What will life look like on Earth? Will life continue?
Climate change affects us all in this world, but you can see the repercussions in particular in the seas and oceans, especially the northern regions, where the ice cap around the Arctic is melting and the ocean temperature there is rising. And we may expect sea levels to rise dramatically this century, and it will get worse in the next few centuries.

Clouds become a thing of the past, being made up of water evaporation. However, rain, snow, hurricanes and storms disappear. The only weather variations will be wind patterns.
The disappearance of water means the disappearance of the poles.
As its snow cover disappears, Antarctica will become a barren land highlighted by mountain ranges and huge valleys.
Plant life will eventually fade as it has lost the source of life, water, and animals and humans.
Our Earth will take the form of a huge desert, and the planet will see similar boiling temperatures. Without the oceans, carbon dioxide will spread into the atmosphere, raising temperatures to record temperatures similar to that of Venus, which lives at 460 degrees Celsius.

One reply on “What if there is no water in earth?”